These settings will save power and help keep the vcchbm regulator cool (and reduce the potential for damage to the regulator). 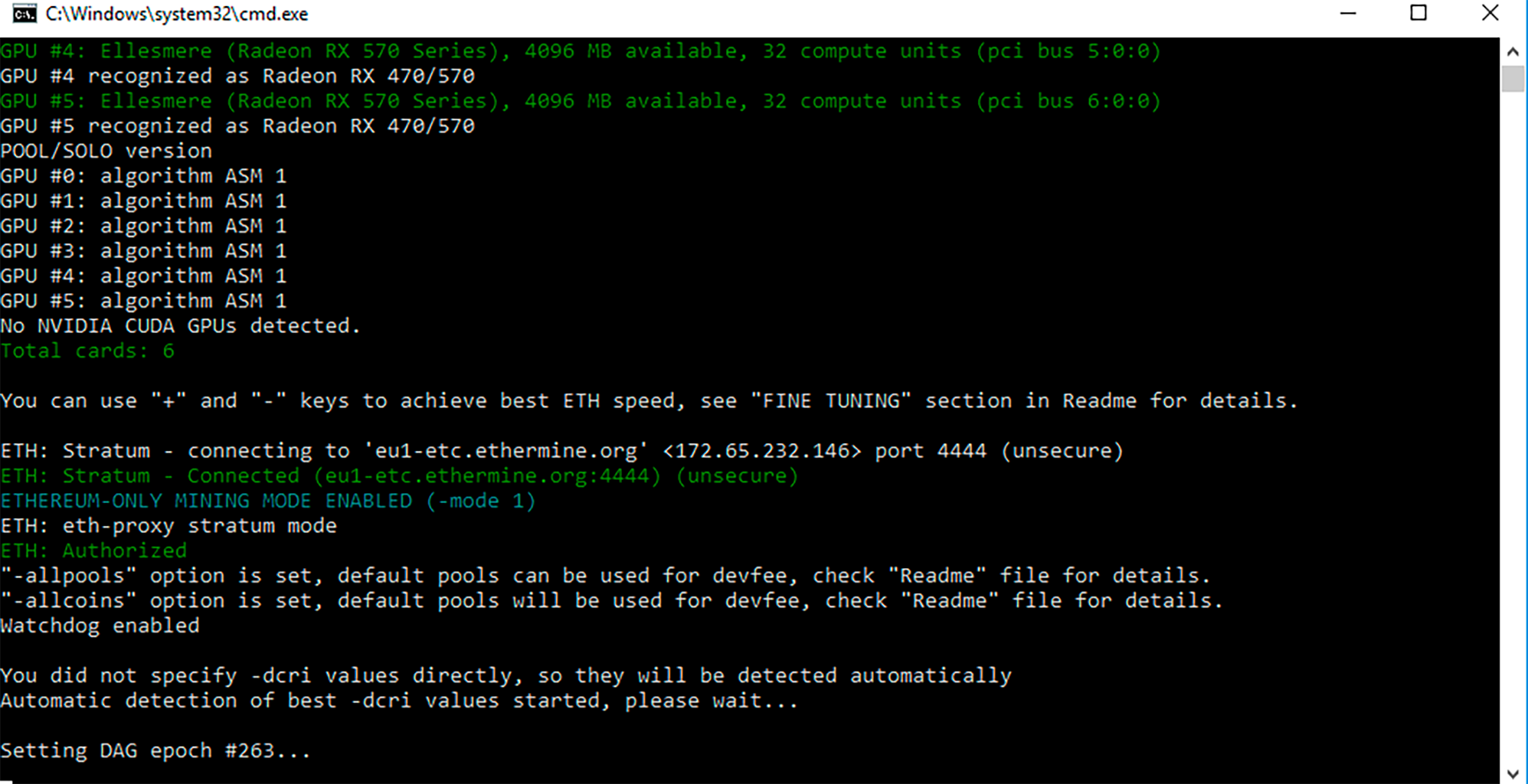 Starting in version v0.9.0 TeamRedMiner(TRM) now has support to mine ethash on two FPGA products based on Xilinx FPGAs: the Xilinx Varium C1100 and the SQRL Forest Kitten 33.

Mining with FPGAs is only officially supported on Linux, however Windows users can also mine using a Linux VM with USB passthru for the FPGA USB JTAG connections.

Currently TRM does not support setting voltages on the FPGA boards and is only able to read some of the available on-board telemetry (memory voltage, board power, etc). As a result there are not many knobs available for tuning, though the ones that are will be discussed in the individual board sections below. Next we discuss general FPGA mining setup.

TRM currently only communicates to FPGAs via the USB JTAG ports availabe on the boards.

Ensure that your FPGA boards’ USB JTAG ports are connected to the host system where TRM will be running.

Verify that TRM can detect the attached devices by running sudo ./teamredminer --list_devices and checking that the devices you expect show up in the output.

Next you will need to prepare the required command line arguments for TRM such as the algorithm selection, your mining pool’s address, your pool username/wallet address and password, then use these to construct the command to start TRM. For example:

These are the minimum command arguments needed to start TRM mining with FPGAs.

The first time TRM is run it will download the neccessary bitstreams for the FPGA boards being run and save them in the ‘bits’ local directory. Running this command will start TRM and begin mining on all available FPGAs (and AMD GPUs) using the default clock frequency values of 450MHz for core clock and 900MHz for memory clock.

Additionally TRM has temperature monitoring for the FPGA core temperature and the memory temperature and will throttle mining speeds to maintain temperatures within the set limits. By default the limits are both set to 90C, but they can be adjusted using the --fpga_tcore_limit and --fpga_tmem_limit options. When running on a system with GPUs and FPGAs, the --hardware option can be used to select if TRM is to run only GPUs or only FPGAs.

A typical command for starting TRM may look like:

For more help and for issues not mentioned in this document, please join the TRM discord and ping us there.

The Xilinx Varium C1100 is a very well designed card from the perspective of power delivery, but it can be a challenge to adequately cool due to it’s single slot passive cooling design. Typical mining rig cooling will not suffice for this card and additional cooling must be provided to the card.

High static pressure server chassis can some times achieve good results, but the most reliable solution is to directly attach a blower (such as the SanAce B97’s) to the back of the card.

Many users have found that the best way to do this is via a 3d-printed mounting bracket, however many users have had success with low-tech methods such as ample usage of tape.

While the on-board power delivery is well designed, it draws 12V current from both the PCIe edge and AUX connectors and requires both to handle higher power loads.

Assuming the C1100 is adequately cooled, most cards will run stably at 610MHz core clk and 1220MHz memory clock.

Cards with exceedingily good cooling or very good silicon quality may be able to reach up to 660MHz core and 1310MHz memory clock frequencies.

Most FK33s come with an active heatsink that keeps the cards well cooled during typical operation. Unfortunately, the power delivery circuitry on the card is somewhat lacking when it comes to running designs using large amounts of HBM memory bandwidth, such as TRM ethash.

Due to the VCCHBM reglator on the card only being rated for 20A of output current, TRM implements a 1000MHz limit for the memory clock frequency on this card. Due to the 1000MHz memory clock limit, we recommend that users run a core clock of 505MHz to maximize performance while minimizing power usage.

While TRM does not currently support adjusting voltages on the FK33, it is possible to adjust voltages on the card prior to starting TRM using external tools such as the SQRL bridge.

Due to the lower memory and core clock frequencies required by the undersized vcchbm regulator, we recommend that users lower their board voltages as low as they are capable of going on the FK33 boards: 0.777V for vccint, 0.821V for vccbram, and 1.164V for vcchbm. These settings will save power and help keep the vcchbm regulator cool (and reduce the potential for damage to the regulator).

IMPORTANT: While the 1000MHz memory clock limit will prevent most boards from damaging their vcchbm regulators, it is important to keep the vcchbm voltage low to minimize current on the rail.

Running at 1000MHz memory clock with a high vcchbm voltage can result in current high enough to damage the regulator.

You may also enjoy